Amount: $630M
Area: 569 Rooms
CORE's Principals worked on this asset at a prior firm.

Back to All Transactions 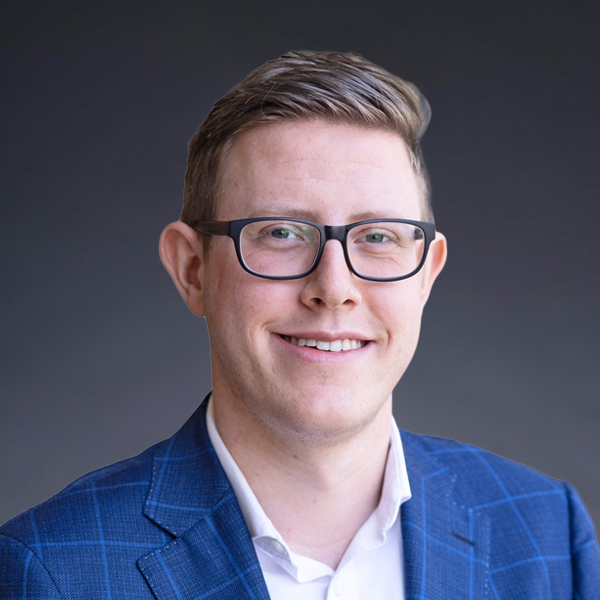 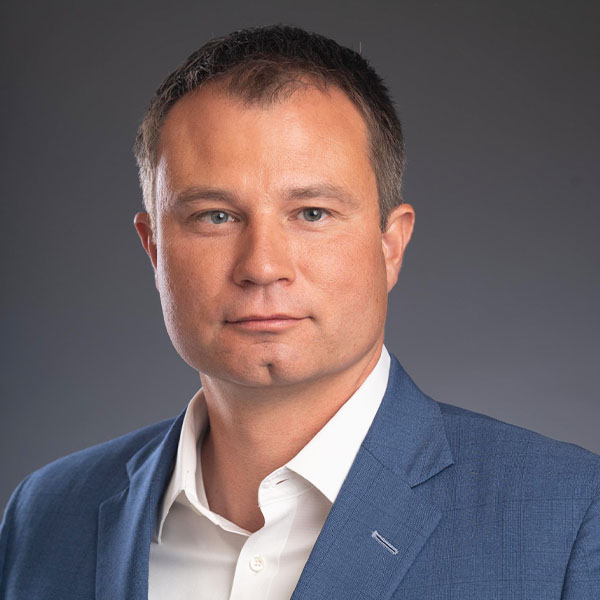 Mr. Abrao founded CORE in March 2018 to provide holistic advisory services to best-in-class middle market companies, real estate investors and developers. Most recently, Mr. Abrao was a Managing Director at Valtus Capital Group, where he worked on the closing of over $2B of capital raises, M&A advisory and capital restructuring transactions. Notable transactions included: the $367M acquisition of the US Bank Tower in Los Angeles by Singapore-based Overseas Union Enterprise and the Riady family and the $600M capital raise for The Parq casino in Vancouver, Canada. Prior to Valtus Capital, Mr. Abrao worked as a Director of Corporate Finance at Caesars Entertainment. Under the direction of Apollo and the TPG Group, Mr. Abrao oversaw the team that led Caesars’ initial public offering. In this role, Mr. Abrao also worked on potential acquisitions and disposition of properties and worked through over $4B of debt amendments. Prior to Caesars Entertainment, Mr. Abrao worked for MacFarlane Partners, a real estate private equity firm based in San Francisco, CA with over $20B of Assets Under Management. While at MacFarlane, Mr. Abrao did a rotation throughout the firm including (i) portfolio management where he helped close a $300M fund and oversaw a two funds totaling $1.8B; (ii) asset management where he worked closely with the firm’s development partners on residential, office, retail and hotel assets and assisted in implementing the best business practices into the firm’s portfolio companies; (iii) and on the acquisition team where he oversaw new investments and amendments of existing investments. Mr. Abrao began his career as a financial analyst with a boutique investment banking firm where he covered the real estate and gaming sectors. Mr. Abrao holds an B.S.B.A. in Finance from the University of Nevada Las Vegas. 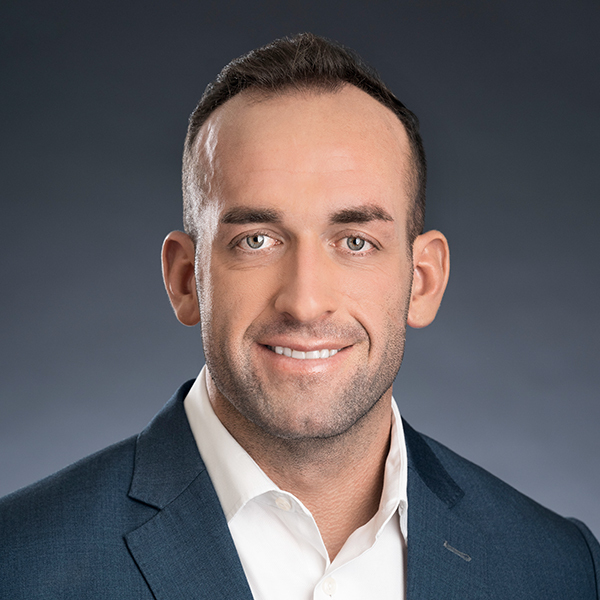 Cade Cunningham is a Managing Partner at CORE Advisory Partners where he leads the Capital Markets team and expansion across the Mountain West. Prior to joining CORE, Mr. Cunningham held a Senior Managing Director position a middle market investment bank transacting across 80 different countries. Mr. Cunningham uses his established skill set to successfully help clients with real estate capital raises/syndications, provide strategic & transactional structuring advice, valuation opinions, and to implement other needed capital market solutions. He is personally involved in all critical client touch-points and assigns a high degree of attention to detail to all his clients and transactions. During his career, Mr. Cunningham has focused on providing solutions as both an entrepreneur and an executive. In his early career, Mr. Cunningham worked with a regional bank. He developed a secondary market desk hedge mortgage rate risk by using derivatives and managed a $750MM pipeline. After his work with derivatives in the secondary MBS market, Mr. Cunningham transitioned to an advisory role at Morgan Stanley, focusing on large family office strategy, including post-transaction tax/estate planning, and using non-traditional institutional tools to further his clients’ needs. Following his time at Morgan Stanley, Mr. Cunningham continued in an advisory role, focusing on real estate debt & credit syndications, restructuring, and connecting his clients through his broad-based network to help them further their companies’ goals. As a seasoned finance professional, Mr. Cunningham has also been on the entrepreneurial side, founding several companies, including Altegris Capital (a lower middle market advisor), a PE-backed consumer finance company in 2014, and a niche real estate development company (using capital syndication to acquire, develop, and divest assets) to which he still remains active in developing commercial real estate. His active development involvement translates directly into his expertise and ability to structure complex deals for clients. Mr. Cunningham loves spending time and being active with his spouse and twin boys. He enjoys golfing with friends and clients, flying airplanes as a private pilot, and serving his community through his ecclesiastical group. Mr. Cunningham graduated with several dean’s list honors throughout his B.S. in Finance and professional M.B.A. program from the University of Utah, where his focus was corporate finance and real estate. Mr. Cunningham lived abroad for several years and speaks Spanish fluently. 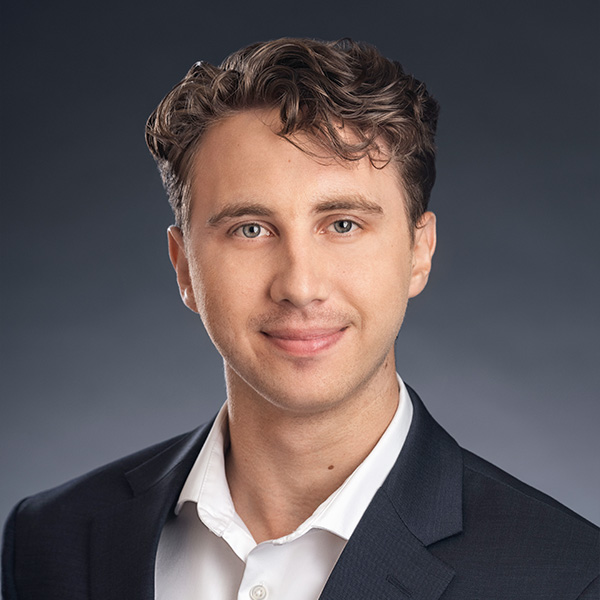 Nate is responsible for supporting the advisory team in all aspects of execution including internal underwriting, financial modeling, FP&A and investor relations. Additionally, Nate assists in the company’s advisory investment opportunities where he supports the deal review and diligence processes. Nate graduated with a BA in Business Economics from Wheaton College. 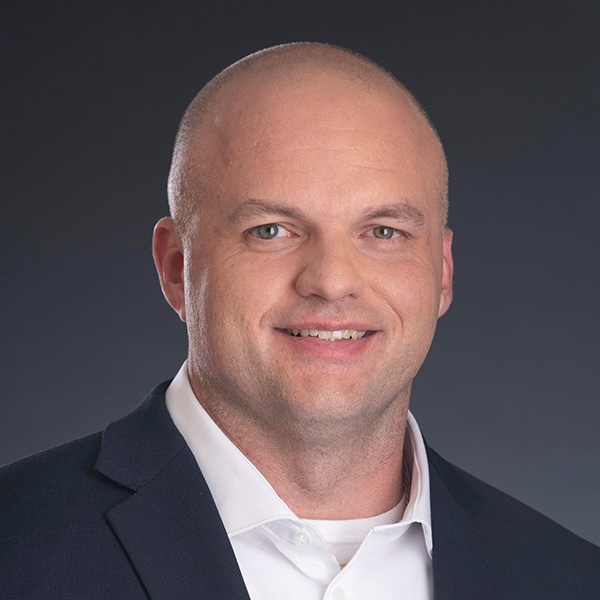 Charles Fite is a business professional with 15 years’ experience in lower middle market business as a business owner, business broker, and M&A advisor. Throughout his career, Mr. Fite has partnered with entrepreneurs, corporate executives, professionals, and private equity companies to provide innovative financing solutions founded on strong professional relationships and a commitment to client needs.

Mr. Fite co-founded the Association of Blue Moon Advisors (AOBMA), a professional advisory association of registered, qualified subject-matter experts who work in collaboration to assist entrepreneurs in effective enterprise development. As well as being a Certified Blue Moon Advisor himself, Mr. Fite co-founded and managed his own manufacturing facility. After growing the company with his business partner from the ground up to more than 50 employees and over $8 million in annual revenue, he successfully exited the company in order to pursue other opportunities and interests.

Much of Mr. Fite’s professional history is rooted in the construction industry, awarding him a deep understanding of the sector. He has extensive experience working with well-known US home builders, such as Lennar Homes, Richmond American Homes, and KB Homes. He has established long-lasting partnerships with key decision makers and purchasing managers throughout the residential and commercial construction industry, having negotiated contracts with some of the largest homebuilders in the US.

Mr. Fite has volunteered with Habitat for Humanity in Las Vegas, helping to construct homes for economically challenged families in his local community. In his free time, he pursues his love of singing and enjoys performing with a band. Mr. Fite earned his Bachelor of Science in Business Administration (BSBA) from the University of Nevada, Las Vegas. 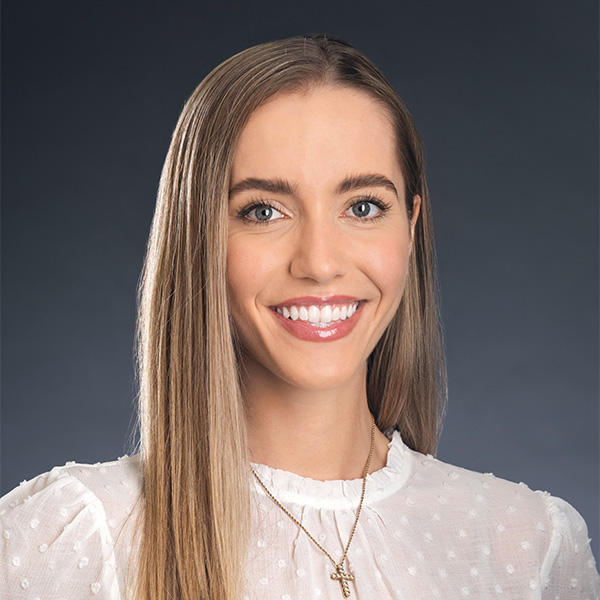 Liz is responsible for supporting the advisory team in all aspects of execution including internal underwriting, financial modeling, FP&A and investor relations. Additionally, Liz assists in the company’s advisory investment opportunities where she supports the deal review and diligence processes. Born and raised in Las Vegas, Liz has witnessed the development of the city into what it is today. Liz graduated with a B.A. in Economics and B.S. in Business Finance from Chapman University in Southern California. 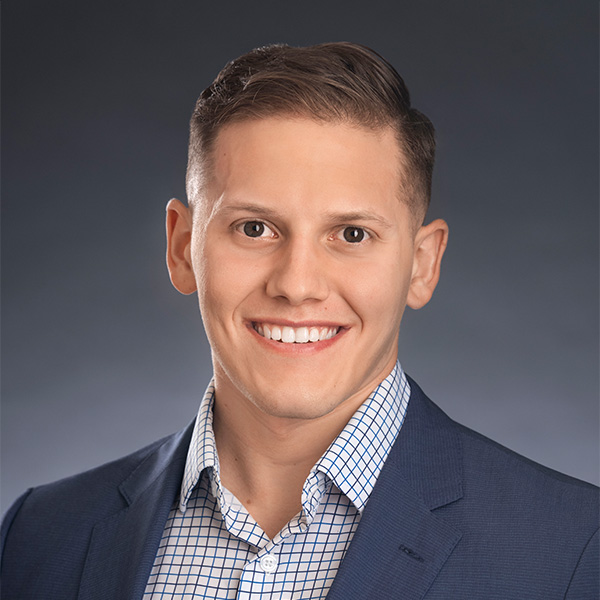 Mr. Abruzzo is responsible for supporting the advisory and capital markets teams in all aspects of execution including internal underwriting, financial modeling, due diligence, and final close. Prior to joining CORE, Mr. Abruzzo worked in Boston, MA holding a variety of finance positions including roles as a real estate investor and M&A advisor. Mr. Abruzzo graduated from the College of the Holy Cross with a B.A. in Accounting and Economics. 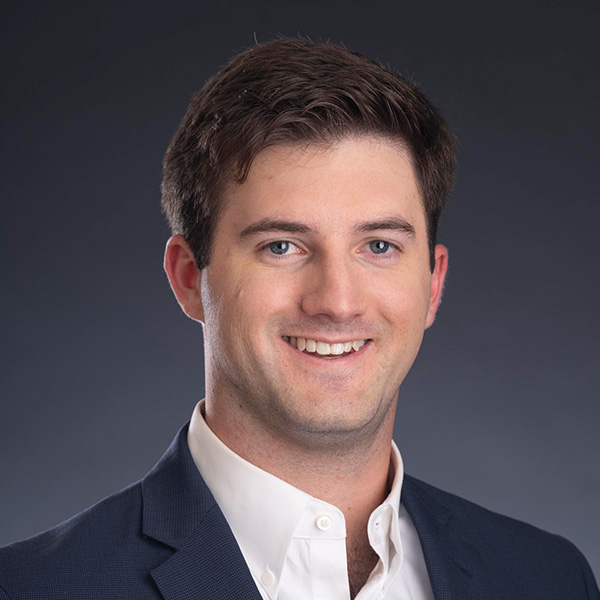 Mr. Reddoch is responsible for supporting the advisory team in all aspects of execution including internal underwriting, financial modeling, FP&A and investor relations. Additionally, Mr. Reddoch assists in the company’s principal investment opportunities where he supports the deal review and diligence processes. Prior to joining CORE, Mr. Reddoch worked as an associate and registered CPA, performing transactional tax due diligence at KPMG, LLP in New York. Mr. Reddoch graduated from the University of Mississippi with a B.A. and M.A. in Accounting. 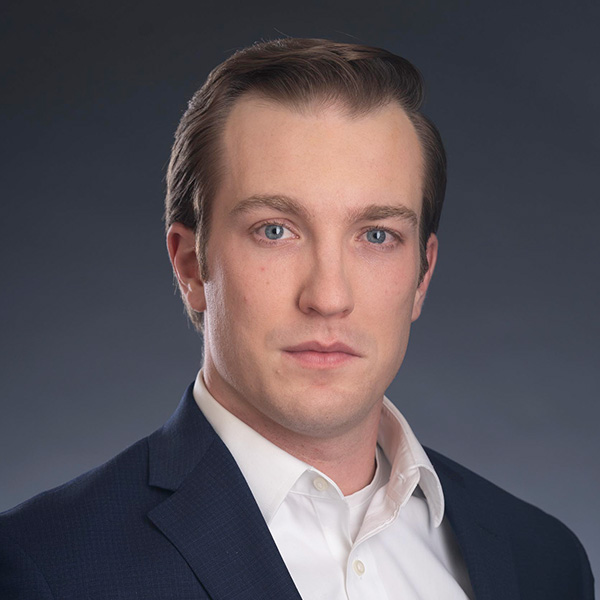 Connor is responsible for supporting the advisory team in all aspects of execution including internal underwriting, financial modeling, FP&A and investor relations. Alongside assisting the capital markets team, Connor supports the company’s advisory investment opportunities through deal review and diligence processes. A Las Vegas native, Connor has witnessed the city’s rapid development throughout his life. Prior to working for CORE, Connor attended UNLV and graduated with a B.S.B.A. in Finance. 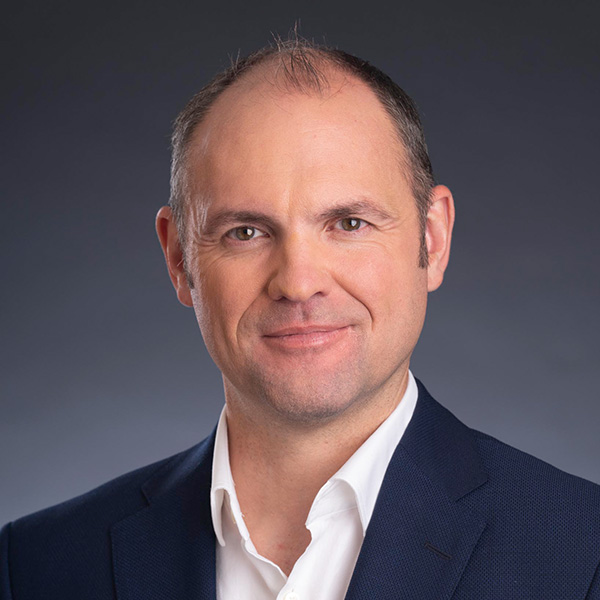 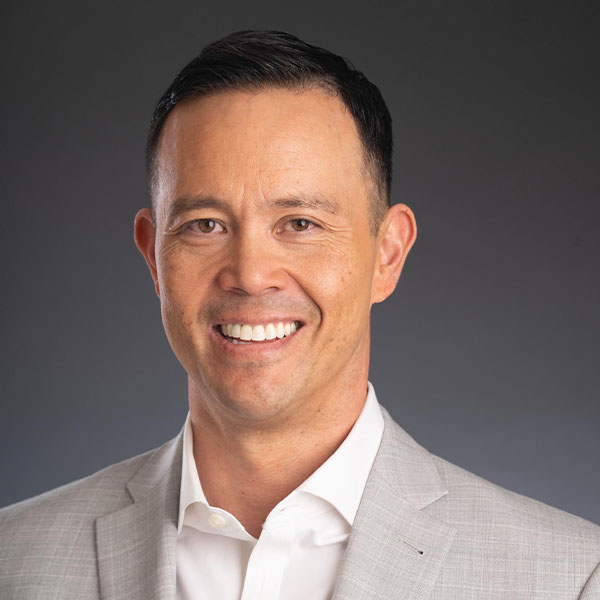 Mr. Morgan is a Managing Director at CORE Advisory Partners bringing more than 20 years of experience in Banking and Finance. Mr. Morgan is responsible for connecting clients with CORE’s expansive suite of services while delivering an exceptional client experience throughout the process. Prior to joining CORE, Mr. Morgan spent 12 years at US Bank NA as a Vice President spearheading the bank’s rapid growth across the NV, CA, and AZ. In addition, Mr. Morgan has successfully led market growth and expansion strategies that resulted in long-term stakeholder value for multiple companies. Mr. Morgan graduated from Baylor University with a BBA in Real Estate Finance. 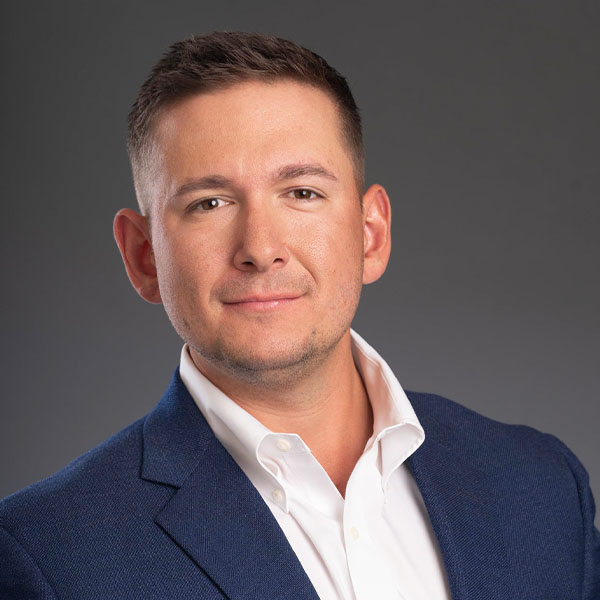 Mr. Amici is a Managing Director of CORE Advisory Partners and has over 8 years of experience in real estate capital markets and investment banking. Mr. Amici is responsible for CORE’s Capital Markets activities and several ongoing advisory assignments. Mr. Amici oversees all aspects of the capital raising process including material creation, marketing and closing. His institutional debt and equity capital raising experience spans all real estate product types and includes construction, transitional and stabilized projects and properties. Prior to CORE, Mr. Amici worked with Valtus Capital Group, a boutique investment banking firm that focuses on middle-market real estate, gaming and corporate M&A Advisory and capital raising. Mr. Amici graduated from the University of Nevada Las Vegas with a B.S.B.A. with a focus in Finance and Economics and is a licensed Mortgage Loan Originator with the NMLS. 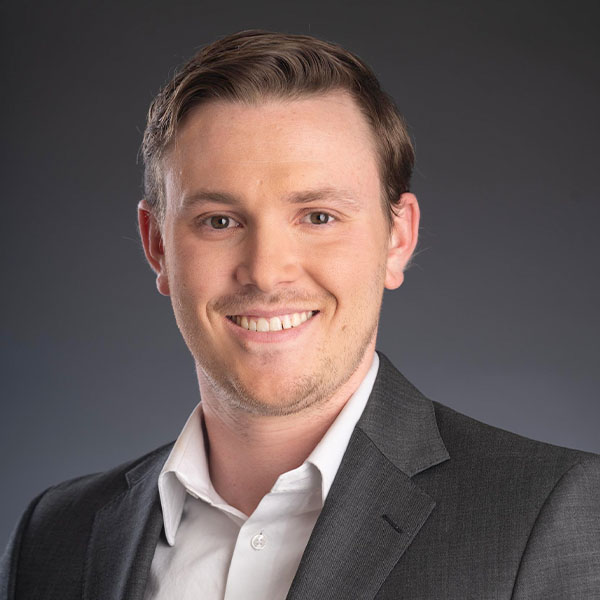 Mr. Daniels is responsible for supporting the advisory and capital markets teams in all aspects of execution including internal underwriting, financial modeling, due diligence and final close. Additionally, Mr. Daniels assists in the company’s principal investment opportunities where he supports the deal review and diligence processes. Mr. Daniels graduated from the University of Nevada Las Vegas with a B.S.B.A. in Finance and Accounting. Kenny Daniels assists Francis Abrao with research analysis, and works on the advisory side of the business. 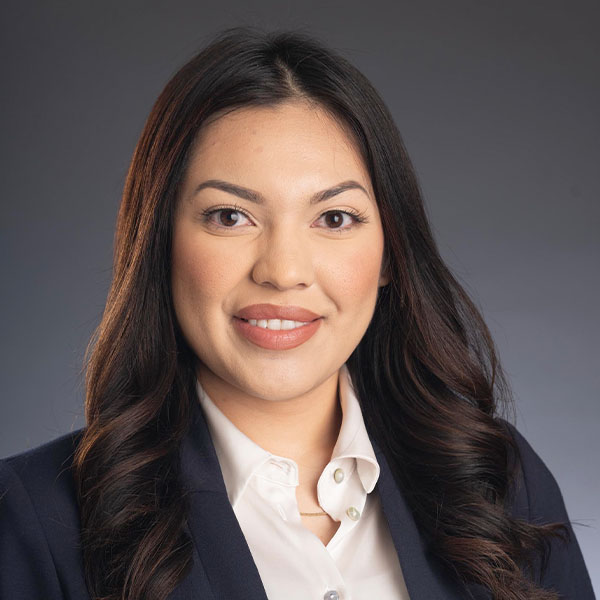 Ms. Tapia is responsible for supporting the advisory team in all aspects of execution including internal underwriting, financial modeling, FP&A and investor relations. Additionally, Ms. Tapia assists in the company’s principal investment opportunities where she supports the deal review and diligence processes. Prior to joining CORE, Ms. Tapia worked as a Registered Wealth Management Client Associate at Merrill Lynch. Ms. Tapia graduated from the University of Nevada Las Vegas with a B.S.B.A. in Finance. 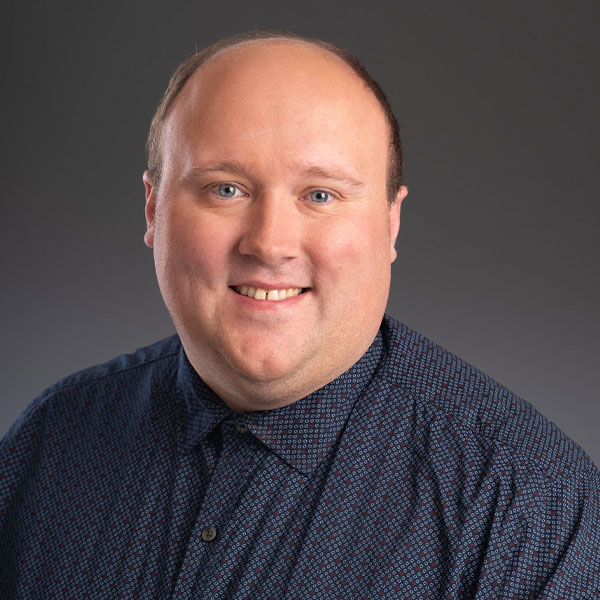 Mr. Ruegsegger is responsible for overseeing the company’s regulatory compliance and accounting activities. Mr. Ruegsegger manages corporate accounting functions such as payroll and internal reporting, as well as fund level and project level cost accounting. Mr. Ruegsegger graduated from Oregon State University with a B.S.B.A. in Finance and a minor in Economics.